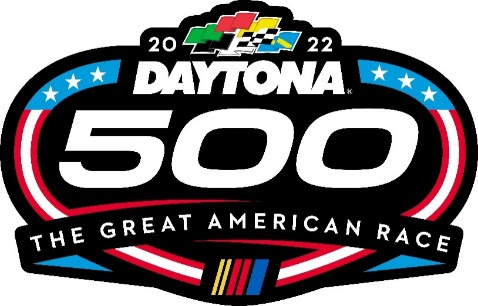 Back Where it Belongs: Austin Cindric’s Authentic 2022 DAYTONA 500 Champion Car Makes its Way to Its Traditional Home for a Year – the Motorsports Hall of Famer of America

DAYTONA BEACH, Fla. (March 8, 2022) – An exclamation point was placed on the 2022 DAYTONA 500 Tuesday when the Austin Cindric’s authentic race-winning Team Penske Ford was placed inside the Motorsports Hall of Fame of America, where it belongs, until next year’s DAYTONA 500.

Prior to the 64th running of the DAYTONA 500 last month, it was announced that the DAYTONA 500 Champion car would not be placed inside the Hall of Fame, located just outside of turn four of the World Center of Racing, as a result of the unique situation with limited inventory of the new ‘Next Gen’ cars to start the season. Plans were in place to display a replica of the car through the 2023 DAYTONA 500, but Roger Penske, the owner of the No. 2 machine that Cindric guided to victory, had other plans – to keep the tradition that started in 1997 alive and ongoing.

“It’s an honor to have this car in this museum,” said Penske, who was on hand during the ceremony Tuesday afternoon. “This is a special car for us also. To see all the support we had for the DAYTONA 500 with the fans and our sponsors, and certainly a winning car, it should be in this museum.

“Supply chain was a big issue for us as we began the season. NASCAR sat down with us, and we worked out the details for our inventory going forward, and (now) we’re here (in the Hall of Fame). Having the first Next Gen Car in this museum is extra special. Big deal for us and the Next Gen car. Austin did a super job running it. At the end he was there. It’s always a car length or a half car length. We had to have the right car to win.”

In a thrilling run to the finish in NASCAR’s points-paying debut of the new Next Gen race car, Cindric, the 23-yeaer-old NASCAR Cup Series rookie, held off Bubba Wallace and Chase Briscoe (.091 seconds behind) to notch his first Cup victory in his eighth start in the series.

“It’s awesome that the car is here. It’s where this car belongs. What an amazing accomplishment,” said Cindric. “Awesome to think I will be on that Hall of Winners (that showcases all DAYTONA 500 Champions inside Hall). It (the win) was the 50th Anniversary AJ Foyt’s DAYTONA 500 win, and he is one of my heroes, so to have my name there (Hall of Winners) is something special.”

Next up for the NASCAR Cup Series at Daytona International Speedway is this year’s summer classic, Coke Zero Sugar 400, set for Saturday evening, August 27, which will serve as the last-chance, cutoff race for the premier series playoffs. By virtue of his DAYTONA 500 triumph, Cindric has guaranteed his spot in the battle for the season-long title. For ticket information on the Coke Zero Sugar 400, as well as the Aug. 26th Wawa 250 for the NASCAR Xfinity Series, fans can log onto www.daytonainternationalspeedway.com or call 1-800-PITSHOP.

Fans can stay connected with Daytona International Speedway on Twitter, Facebook and Instagram, as well as the all-new NASCAR Tracks App, for the latest speedway news.

About Daytona International Speedway
Daytona International Speedway is a state-of-the-art motorsports facility and was awarded the SportsBusiness Journal’s prestigious Sports Business Award for Sports Facility of the Year in 2016. Daytona International Speedway is the home of The Great American Race – the DAYTONA 500. Though the season-opening NASCAR Cup Series event garners most of the attention – as well as the largest audience in motorsports – the approximately 500-acre motorsports complex, also known as the World Center of Racing, boasts the most diverse schedule of racing on the globe. In addition to at least nine major event weekends, the Speedway grounds are also used extensively for events that include concerts, civic and social gatherings, car shows, photo shoots, production vehicle testing and police motorcycle training. The iconic venue will be the site of a host of motorsports events early in 2022, beginning with AHRMA Classic Motofest and the Rolex 24 At DAYTONA in January, and the 64th DAYTONA 500, which will debut the first points race for NASCAR’s ‘Next Gen’ car as part of Speedweeks Presented by AdventHealth in February. The tradition-rich 81st Annual Bike Week At DAYTONA returns in March, featuring DAYTONA Supercross and the DAYTONA 200, and in May with the Heroes Honor Festival. Later in the summer during Independence Day weekend, the track, in association with Torneos, will host Soccer Fest before the NASCAR Cup Series returns for the final race of the regular season with the Coke Zero Sugar 400 on Aug. 27.